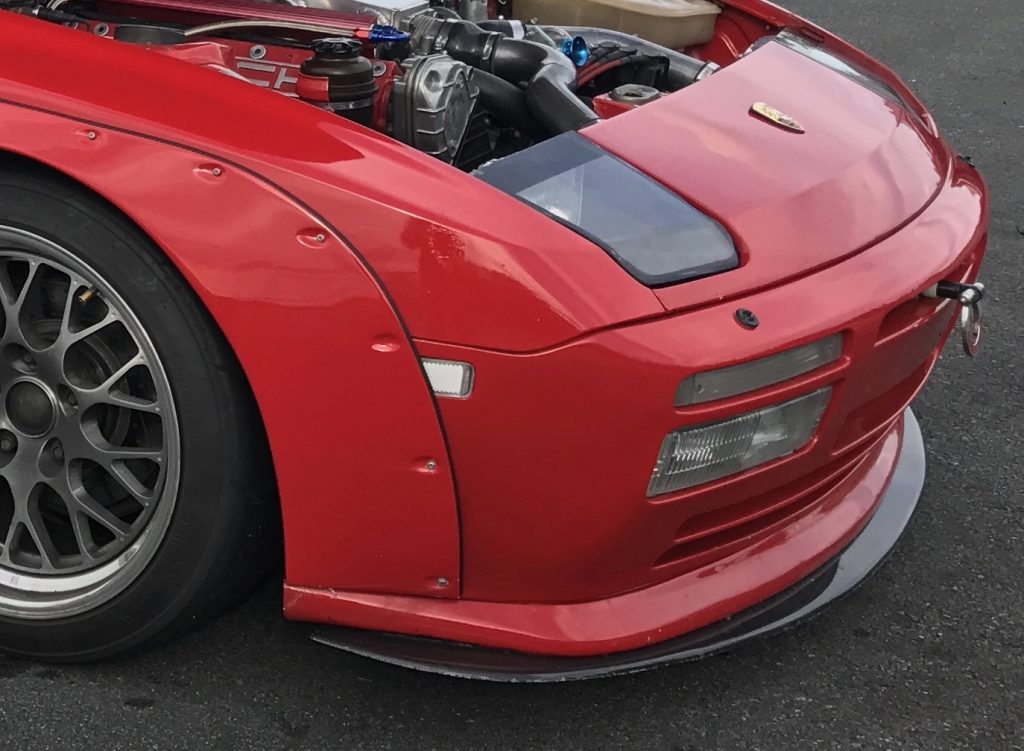 What kind of idiot buys a car without checking it out first? Me. Yes, that’s right. I wanted a track-specific car that was still street-legal. I wanted safety and license plates but I didn’t want to sacrifice the fun of driving – and that meant an older car without the traction control and stability control systems that modern cars have. I didn’t even want anti-lock brakes. For that, you have to go back a ways. If you’ve seen this site before, you know I love Porsches and specifically 944’s – in addition to all the other models, of course. But 944’s are such an interesting blend of capability, simplicity, practicality, and value-for-money that they are often irresistible, to me at least.

So, of course, I was on the hunt for one. The S2’s and 944S models are phenomenal. Might even be the best track cars with their naturally-aspirated goodness. But I did want this car to be pretty interesting, too. No reason to go for even an ounce less excitement in a track car, is there? I was on the hunt for a Turbo. Whooshy noises are great fun. A friend with an Impreza WRX STi modded his up to let out all the noises and I can say I was a bit smitten (with the sounds). Getting that audible insanity from a Porsche? Well, can’t beat that can you?

One day, the text message came – a couple of friends sent me a link to “the ultimate 944 Turbo track car.” Pretty big words. Had to take a look at the ad. It was a 1986 944 Turbo with the crazy 968 RS rear wing and fender flares pushing out space for some monster wheels and tires. The interior was black and tastefully modified with seats that look like the kind you find in the RS models – thin shells with room for harness belts to come on through. And it had a defining feature – a knob to dial up the boost pressure. If you’ve ever seen some of the crazy 80’s race cars, you know that when you see a boost knob…temptation is always just around the corner. You touch that thing when you feel over-confident. And then say a little prayer. Ok. This was in the consideration set.

As any decent Porsche guy, my next concern was maintenance and records. A well-kept car is a far safer bet than one that has been sitting in a field for the past few years, no matter how cheap it may look on Craigslist. Those neglected cars quickly become the most expensive cars you’ve ever owned.

The owner assured me of his car and diligence servicing the car and modifying it competently. The car was far from stock with an upgraded turbocharger, fuel pressure regulator, electronic ignition, and a full after-market engine management computer. All this good stuff is necessary to enable that little boost pressure controller to work.

The car had the looks in Guards Red. It had some go fast bits. It had some safety features in the seat, harnesses, and a half-cage. It was going to be mine. My wife and I had already had a discussion about needing/wanting a safer car to use at the track. I finally was achieving speeds that were pushing my 997 to the ragged edge of it’s capabilities – but in a full-on street car without the safety measures one should really have if you’re going to drive that hard. It is a great car, but it was never intended to be a track car. It was a car I tried hard to ruin by bringing it to the track. Being a Porsche, it obliged beyond what one should rationally expect. But, in it’s heart, it knows that it’s a phenomenal grand tourer and should be used that way.

I bought the car on a couple of phone calls and some emails. I sent the money and a truck to go get the car. One fine fall Saturday, I got the call. The car was here. I fired it up and drove it off the truck. It was a little rougher than I had thought from pictures. But it was a track car. No matter. It has a dial to make the air-fuel mix leaner or richer. It demanded enrichment to idle when cold. No biggie. It made some crazy whooshy noises. Nice! And it pulled like a sleepy train – nothing, nothing, nothing…3500 rpms…boom! Hang on kids! This is going to be fun! The turbo kicks pretty hard.

Next up – track prep and her maiden voyage!