What is the RI Gruppe?

You may have heard of the R Gruppe. They are a self-described bunch of “of very, very sick people who enjoy their Porsches”. They are a fairly exclusive, self-selecting club of like minded folks who are basically early Porsche 911 hot rodders. They expressly don’t fit into the “Polishing Club of America”, their term of endearment for the Porsche Club of America or PCA, and strive to bring out the sporting aspects of their Porsches, as they believe Porsche’s were meant to be. They eschew originality and cleanliness for the “right look” and performance-oriented modifications that make their cars unique and sometimes downright nutty. You can’t join the R Gruppe. You have to belong already and then you are in.

The RI Gruppe takes some cues from that ethos, but isn’t there yet. We’re just figuring it out as we go along. Maybe we’ll be like the R Gruppe one day. Maybe not. Maybe we like polishing too much. Maybe it won’t even be all about Porsche’s. Who knows? But we do have t-shirts, and that makes us a club. Maybe we’ll even make some stickers.

Drop us a line if you think you belong. 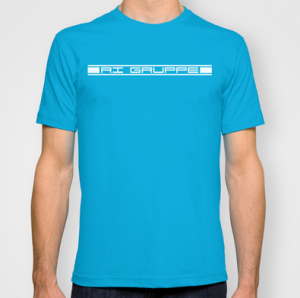 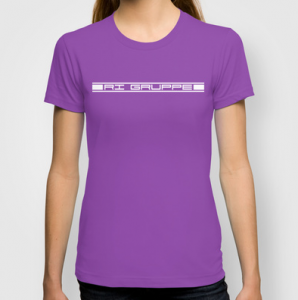