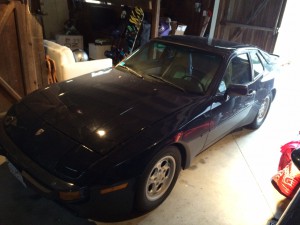 When thinking of a fun car to drive on an autocross course, the answer always seems to be, “Miata.” And who would blame you for thinking so? A small roadster with front engine, rear-wheel-drive, great chassis. Not overwhelming power, but massive grins on any twisty road. So what could compete with it?

But 1986 is quite a few years prior to when the Miata launched in 1990. Even with a fixed roof, the 944 chassis allows a bit more road noise and NVH than a Miata. But the handling is sweet. And the car requires the driver to think and do work. In short, it’s exactly what I was looking for. 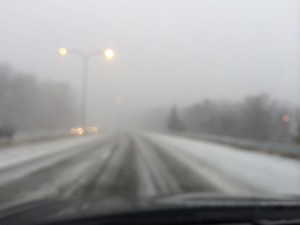 Buying it was a trip. When you buy old Porsches, you are almost always in for surprises – generally negative. I was not disappointed. I picked up my 944 on a day that featured about an inch of fresh snow. I had to drive it about 35 miles home, so it wasn’t just around the corner. I knew the heat worked. And it supposedly had been safety inspected since I bought it from a used car dealer. But I knew it would be an adventure to get it home. Would it overheat? Would a wheel fall off? Would it just explode? 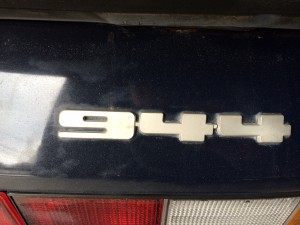 Having watched far too much Top Gear and Wheeler Dealers over the past couple of years, this may have been the highlight of my ownership. Pulling away from the lot, I suddenly heard far more squeaks, rattles, and road noise than in the test drive. The dealer has “forgotten” to put in the new battery so I had been waiting while that work was performed under my watchful eye. The rust hole under the battery suddenly became a proverbial “blinking warning light” that I was about to enter…the adventure zone. As I drove away, I hit a bump and both the heat and wipers simultaneously quit on me. 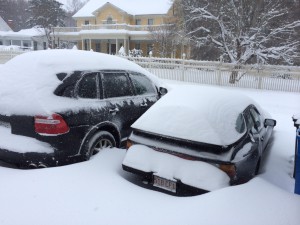 So now I had 30 miles of highway ahead of me. No defroster since the AC fan was out. No wipers since that went too – at the same exact moment mysteriously. The trip consisted of me cocking my head over the center tunnel of the car to peer through the tiny amount of non-fogged, non-iced windscreen left on the car where a small modicum of heat accidentally warmed the window. Having had a 1964 Ford Thunderbird as my first car, I am sadly quite experienced in “car things that don’t work.” Ask me how I found out that it had hydraulic windshield wipers some day. But at my advanced age now, I found myself grinning ear to ear. This was the first real drive I’d had to perform in many years! I had to pay close attention to the traffic around me through less than optimum visibility. In a car that I did not know or trust. In dicey weather. But who doesn’t love a rear-wheel-drive sports car with questionable tires in a snow storm. I was under pressure to get it home so I could switch to a nice, cushy modern car to go retrieve my kids from school. The fun was immense. Maybe a bit tense. But that’s another word for exciting! 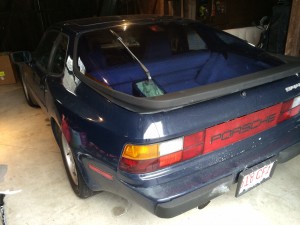 As the window became less and less transparent, I found myself pulled back to my early love of cars. Not everything worked. It was difficult. You had to adapt. And I really feel like that’s the way things should have stayed. There was no temptation to check my cell phone, email, or texts. I was already on edge and perhaps in some small amount of peril – why tempt fate further? If only all motorists drove with a bit of fear instead of ultimate pampering. I’m sure I’ll soon hear of a Volvo that notices that the driver has nodded off while drinking a latte and texting their friends – and it will just announce, “now taking over steering, braking and throttle for you. We are headed to your home. Please sit back and enjoy your nap. You will arrive safely.” It makes me a little bit sick to my stomach. I’m not against progress and comfort. I worked hard to learn to drive well and I just like to practice that particular skill like people practice yoga.

This is no such sensation of coddling and comfort in the old 944. The rear hatch doesn’t fasten down securely right now. So each car that passes sounds like its going to trod on through the driver rear quarter panel. It was a bit unnerving at first. That’s what the road actually sounds like. I had mostly forgotten.

The little 944 made it home, just in time to be put into the barn to await some fixes to the little things – heat, wipers, windscreen washer, defrosting, electric windows, rear hatch seal/closure, speedometer…you know, just the little things. At least it runs!

And I felt like I had finally driven a real car. To say I was happy would be an understatement.